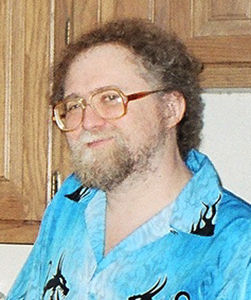 Who is Aaron Allston?

Aaron Allston is an American game designer and novelist of many science fiction books, notably Star Wars novels. His works as a game designer include game supplements for role-playing games, several of which served to establish the basis for products and subsequent development of TSR's Dungeons & Dragons game setting Mystara. Later works as a novelist include those of the X-Wing series: Wraith Squadron, Iron Fist, Solo Command, Starfighters of Adumar. He has also written two entries in the New Jedi Order series: Enemy Lines I: Rebel Dream, and Enemy Lines II: Rebel Stand. Allston wrote three of the nine Legacy of the Force novels: Betrayal, Exile, and Fury, and three of the nine Fate of the Jedi novels: Outcast, Backlash and Conviction.

Discuss this Aaron Allston biography with the community: