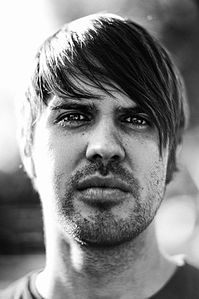 Who is Aaron Koblin?

Aaron Koblin is an American digital media artist best known for his innovative uses of data visualization and crowdsourcing. He is currently Creative Director of the Data Arts Team at Google in San Francisco, California.

Koblin's artworks are part of the permanent collections of the Victoria and Albert Museum in London, the Museum of Modern Art in New York, and the Centre Georges Pompidou in Paris. He has presented at TED, and The World Economic Forum, and his work has been shown at international festivals including Ars Electronica, SIGGRAPH, and the Japan Media Arts Festival. In 2006, his Flight Patterns project received the National Science Foundation's first place award for science visualization. In 2009, he was named to Creativity Magazine's Creativity 50, in 2010 he was one of Esquire Magazine's Best and Brightest and Fast Company's Most Creative People in Business, and in 2011 was one of Forbes Magazine's 30 under 30. Koblin is a graduate of UCLA's Design | Media Arts MFA program, and sits on the board of the non-profit Gray Area Foundation For The Arts GAFFTA in San Francisco. He was the Abramowitz Artist in Residence at MIT in 2010 and the Annenberg Innovator in residence at USC in 2013.

Discuss this Aaron Koblin biography with the community: