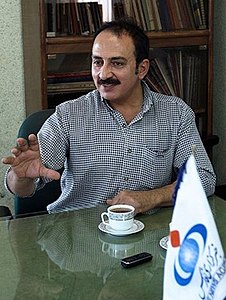 Who is Abolfazl Jalili?

Jalili studied directing at the Iranian College of Dramatic Arts, then worked for national television where he produced several children's films. His 'Det' Means Girl won prizes in Venice film festival and Nantes. He was one of Rotterdam's Film Makers in Focus in 1999.

Discuss this Abolfazl Jalili biography with the community: