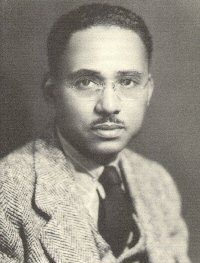 Who was Abram Lincoln Harris?

Abram Lincoln Harris, Jr. was an American economist, academic, anthropologist and a social critic of blacks in the United States. Considered by many as the first African American to achieve prominence in the field of economics, Harris was also known for his heavy influence on black radical and neo-conservative thought in the United States. As an economist, Harris is most famous for his 1931 collaboration with political scientist Sterling Spero to produce a study on African American labor history titled The Black Worker and his 1936 work The Negro as Capitalist, in which he criticized black businessmen for not promoting interracial trade. He headed the economics department at Howard University from 1936 to 1945 and taught at the University of Chicago from then until his death. As a social critic, Harris took an active radical stance on racial relations by examining historical black involvement in the workplace, and suggested that African Americans needed to take more action in race relations.

Discuss this Abram Lincoln Harris biography with the community: