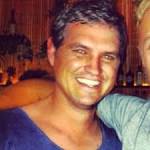 Who is Adam Crosthwaite?

Adam John Crosthwaite in Melbourne, Victoria is an Australian cricketer who plays for the Southern Redbacks is a wicket keeper and aggressive right-handed batsman who played a part in Australia's Under-19 World Cup win in 2002.

Coming into the Victorian side, Crosthwaite had big shoes to fill as Darren Berry's replacement. He had previously made his Victoria debut in 2002-03 when Berry was suspended for missing a training session.

In 2004-05 his batting talents where shown with 54 from 38 balls in a one-day win over Queensland. In the first class arena he was dropped for Nathan Pilon in the closing stages of the season. In eight games he took 31 catches and four stumpings.

Crosthwaite spent the 2007 season as professional for Watsonian Cricket Club in Edinburgh, Scotland in the SNCL Division One.

Due to the emergence of Matthew Wade in the Victoria State Side in 2010 Crosthwaite moved to cross-border rivals New South Wales. He played for the Adelaide Strikers in the inaugural Twenty20 Big Bash League and after gambling with a move to Adelaide in 2011/12, he was swiftly rewarded with a spot in the West End Redbacks following big scores in SACA Grade Cricket and the poor form of incumbent keeper Tim Ludeman. Crosthwaite was member of the 2011–12 Ryobi One-Day Cup winning team for the Redbacks and then later broke this thumb in the losing West Torrens Cricket Club match against Woodville in the SACA Grade Cricket Final.

Discuss this Adam Crosthwaite biography with the community: