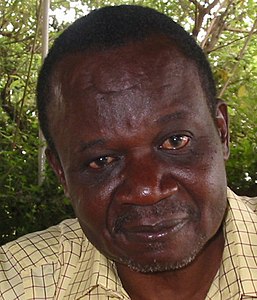 Who is Aggrey Awori?

Aggrey Siryoyi Awori is a Ugandan politician and a member of the ruling National Resistance Movement party. He was the Minister for Information & Communications Technology in the Ugandan Cabinet, from 16 February 2009 until 27 May 2011. In the Cabinet reshuffle of 27 May 2011, he was dropped from the cabinet and replaced by Ruhakana Rugunda. He was also an Ex Officio Member of Parliament, on account of being a Cabinet Minister. Prior to that, he had represented "Samia-Bugwe North", Busia District in the Ugandan Parliament, from 2001 until 2006. Awori was previously an outspoken opposition member of parliament for the Uganda People's Congress political party.

Discuss this Aggrey Awori biography with the community: