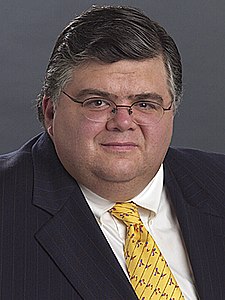 Who is Agustín Carstens?

Agustín Guillermo Carstens Carstens is a Mexican economist who has served as Governor of the Bank of Mexico since 1 January 2010. In 2011, Carstens, along with Christine Lagarde, was one of the two final candidates to become the managing director of the International Monetary Fund. He previously served as Secretary of Finance in the cabinet of Felipe Calderón, as deputy managing director of the International Monetary Fund and as Treasurer of the Bank of Mexico. In 2011 he was included in the 50 Most Influential ranking of Bloomberg Markets Magazine.

Discuss this Agustín Carstens biography with the community: