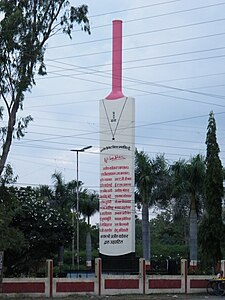 Who is Ajit Wadekar?

Ajit Laxman Wadekar is a former international cricketer who played for India between 1966 and 1974. Described as an "aggressive batsman", Wadekar made his first-class debut in 1958, before making his foray into international cricket in 1966. He batted at "Number three" position and was considered to be one of the finest slip fielders. Wadekar also captained the Indian cricket team which won the series in England and West Indies. The Government of India honoured him with the Arjuna Award and Padmashri, India's fourth highest civilian honour.

Discuss this Ajit Wadekar biography with the community: