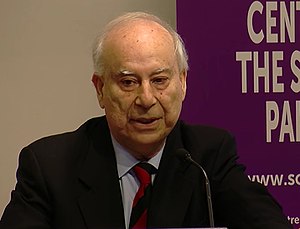 Who is Akbar S. Ahmed?

Akbar Salahuddin Ahmed, Sitara-i-Imtiaz, or Akbar Ahmed, is currently the Ibn Khaldun Chair of Islamic Studies, American University in Washington, D.C., the First Distinguished Chair of Middle East and Islamic Studies at the US Naval Academy, Annapolis, and a Nonresident Senior Fellow at the Brookings Institution.

Ahmed is regularly interviewed by CNN, CBS, BBC, and Fox News and has appeared several times on the Oprah Winfrey Show and has appeared on the Daily Show. He is the author of over a dozen award-winning books, including Discovering Islam and Journey into Islam; his books have been translated into many languages, including Chinese and Indonesian. His latest project based in extensive fieldwork has resulted in a full length documentary and book, both titled Journey into America.

He joined the Civil Service of Pakistan, the elite cadre of the Central Superior Services of Pakistan in 1966, and held important posts in Pakistan and Bangladesh—including Commissioner, Quetta; Political Agent, South Waziristan Agency. He has also been the Ambassador from Pakistan to the UK.

A prolific author, he is also a playwright and three of his plays were staged in the DC area: "Noor", "The Trial of Dara Shikoh", and "From Waziristan to Washington: A Muslim at the Crossroads".

Discuss this Akbar S. Ahmed biography with the community: