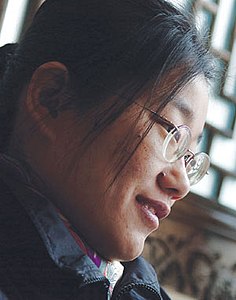 Who is Akira Amano?

Early versions of Reborn! were published in seinen manga magazines. In late 2003, the series, a stand-alone short story at the time, was published in the Weekly Shōnen Jump. After the success of the short story, the series began serialization in the magazine in mid-2004. Since then, the manga has been adapted into an anime, as well as five light novels and several video games.

Discuss this Akira Amano biography with the community: