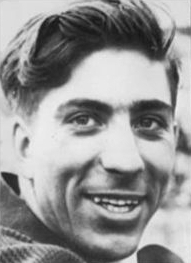 Who was Alan Stacey?

Alan Stacey, was a British racing driver. He began his association with Lotus when he built one of the MkVI kits then being offered by the company. Having raced this car he went on to build an Eleven, eventually campaigning it at Le Mans under the Team Lotus umbrella. During the following years he spent much time developing the Lotus Grand Prix cars, most notably the front engined 16 and then the 18. He participated in 7 Formula One World Championship Grands Prix, debuting on 19 July 1958. He scored no championship points. He also participated in several non-Championship Formula One races.

Discuss this Alan Stacey biography with the community: