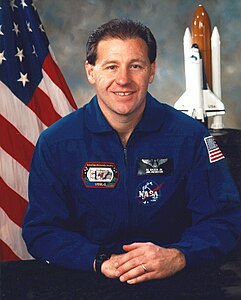 Who is Albert Sacco?

Albert Sacco, Jr. is an American chemical engineer who flew as a Payload Specialist on the Space Shuttle Columbia on shuttle mission STS-73 in 1995.

In November, 1971, Albert got married to Teran Lee Gardner. They have 4 children. Some of Albert Sacco's hobbies include jogging, reading, and walking. Sacco loves scuba diving and is a certified scuba instructor as well. His parents live in Massachusetts, while his wife's parents live in New Hampshire. Albert Sacco is extremely involved in different organizations. Dr.

Discuss this Albert Sacco biography with the community: