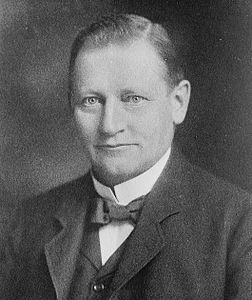 Who was Albrecht Penck?

Albrecht Penck, was a German geographer and geologist and the father of Walther Penck.

Born in Reudnitz near Leipzig, Penck became a university professor in Vienna from 1885 to 1906, and in Berlin from 1906 to 1927. There he was also the director of the Institute and Museum for Oceanography by 1918. Penck dedicated himself to geomorphology and climatology and raised the international profile of the Vienna School of physical geography. In 1945, Penck died in Prague. Since 1886, he was married to the sister of the successful Bavarian regional writer Ludwig Ganghofer. In memory of Penck, the painter and sculptor Ralf Winkler adopted the nom de plume A. R. Penck in 1966.

Albrecht Penck was elected a member of the Royal Swedish Academy of Sciences in 1905.

Discuss this Albrecht Penck biography with the community: