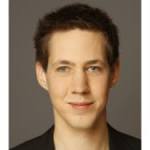 Who was Alexander Just?

Alexander Friedrich Just was a German/Hungarian chemist and inventor. Later, in Hungary he used the name Just Sándor Frigyes.

In 1904 with Croatian Franjo Hannaman he was the first to develop and patent an electric bulb with a Tungsten filament, made by extruding a paste of tungsten powder and a carbonaceous binder, to produce a fine thread, then removing the carbon by heating in an atmosphere of hydrogen and water vapor. It received a Hungarian patent in 1904 and later US Patent 1,018,502. In 1905, Just and Hanaman patented a process for producing tungsten filaments by plating carbon filaments with tungsten, then removing the carbon by heating. These early tungsten lamps was more efficient than a carbon filament lamp, because it could operate at a high temperature, due to the high melting point of tungsten, but because the tungsten was not ductile, it was so brittle as to be of limited practical use. It was supplanted by the drawn tungsten filament lamp, developed in 1910 by William David Coolidge.

Discuss this Alexander Just biography with the community: