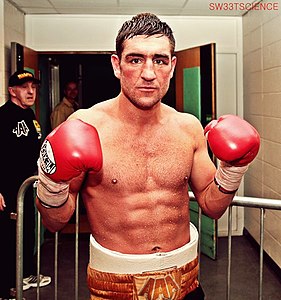 Who is Alex Arthur?

On 26 June 2013, on his 35th birthday, Arthur officially retired from boxing, his last fight was at the Meadowbank Stadium in Edinburgh on 14 April 2012.

Discuss this Alex Arthur biography with the community: