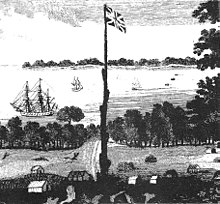 Who was Alexander Falconbridge?

Dr Alexander Falconbridge was a British surgeon who took part in four voyages in slave ships between 1780 and 1787. In time he became an abolitionist and in 1788 published An Account of the Slave Trade on the Coast of Africa. In 1791 he was sent by the Anti-Slavery Society to Granville Town, Sierra Leone, a community of freed slaves, where he died a year later in 1792.

Discuss this Alexander Falconbridge biography with the community: