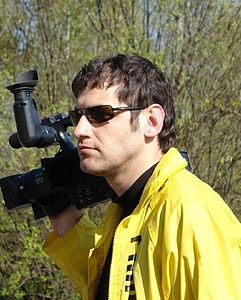 Who is Alexander Sirota?

Alexander Sirota; — Ukrainian photographer, journalist, filmmaker. He writes in Russian and Ukrainian languages. As a former inhabitant of city Pripyat and an eye-witness and victim of the 1986 Chernobyl disaster he has devoted many articles, photography and video reports to Pripyat and Chernobyl catastrophe. He was the editor-in-chief the Internet of the project pripyat.com, vice-president of the International public organization "Center Pripyat.com". In May, 2008 he became the winner of the ІХ-th International competition of films, TV-programs, Internet-projects on the law-protective and law-enforcement subjects "Golden George" and has received the diploma and a prize "The Big Tape of George". Member of the Union of journalists of Ukraine since 2008.

Discuss this Alexander Sirota biography with the community: