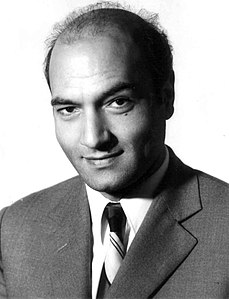 Who was Ali Shariati?

Ali Shariati was an Iranian revolutionary and sociologist, who focused on the sociology of religion. He is held as one of the most influential Iranian intellectuals of the 20th century and has been called the 'ideologue of the Iranian Revolution'.

Discuss this Ali Shariati biography with the community: