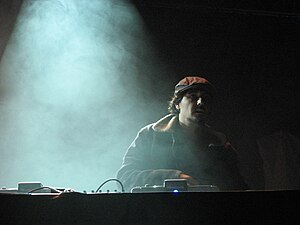 Who is Amon Tobin?

Amon Adonai Santos de Araújo Tobin, known as Amon Tobin, is a Brazilian musician, composer and producer of electronic music. He is described as a virtuoso sound designer and is considered to be one of the most influential electronic music artists in the world. He is noted for his unusual methodology in sound design and music production. He has released seven major studio albums under the London-based Ninja Tune record label.

In 2007 he released Foley Room, an album based entirely on the manipulation of field recordings. His latest album, 2011's ISAM, included "female" vocals made from his own processed voice. His music has been used in numerous major motion pictures including The Italian Job and 21. Tobin has created songs for several independent films, including the 2006 Hungarian film Taxidermia, and had his music used in other independent films such as the 2002 Cannes Palme d'Or nominated Divine Intervention. A selection of his tracks were featured in commercial bumps on Toonami and in the 2005 anime IGPX, and he produced the musical scores to critically acclaimed video games Tom Clancy's Splinter Cell: Chaos Theory by Ubisoft in 2005, and Sucker Punch's Infamous in 2009.

Discuss this Amon Tobin biography with the community: