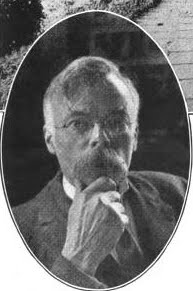 Who was Andrew Lawson?

Andrew Cowper Lawson was a professor of geology at the University of California, Berkeley. He was the editor and co-author of the 1908 report on the 1906 San Francisco Earthquake which became known as the "Lawson Report". He was also the first person to identify and name the San Andreas Fault in 1895, and after the 1906 quake, the first to delineate the entire length of the San Andreas Fault which previously had been noted only in the San Francisco Bay Area. He also named the Franciscan Complex.

Lawson was born on July 25, 1861 in Anstruther, Scotland. He moved to Hamilton, Canada with his parents at age six. In 1883, he received his B.A. degree in natural science from the University of Toronto. He worked for the Geological Survey of Canada while pursuing his graduate degrees. He received his M.A. from the University of Toronto in 1885, and his Ph.D. from Johns Hopkins University in 1888.

In 1890, he left the Geological Survey of Canada to work as a consulting geologist in Vancouver. In October of the same year, he accepted a position as Assistant Professor of Mineralogy and Geology at the University of California in Berkeley. He became a full professor in 1892, and a Professor Emeritus from 1928 to his death on June 16, 1952.

Discuss this Andrew Lawson biography with the community: