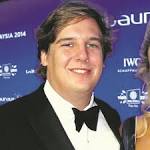 Who was Anton Rupert?

Anthony Edward Rupert was an South African billionaire businessman, philanthropist, and conservationist. He was born and raised in the small town of Graaff-Reinet in the Eastern Cape. He studied in Pretoria and ultimately moved to Stellenbosch, where he established the Rembrandt Group and where it still has its headquarters. He died in his sleep at his home in Thibault Street, Stellenbosch at the age of 89, and is survived by a son Johann, a daughter Hanneli and five grandchildren. His wife and his youngest son, Anthonij, pre-deceased him.

In 1966, he was mentioned as a possible candidate for Prime Minister as a part of a "Verwoerd must go" campaign. The Cape Province section of the ruling National Party endorsed Rupert over Verwoerd, citing the need to improve South Africa's international standing and Rupert's image as a "moderate" who could unify the country. Verwoerd was assassinated within one month, and hardliner John Vorster was endorsed by the NP caucus to replace him; he was to become South Africa's longest consecutive-serving head of government.

According to his biography, Rupert's business career spanned over sixty years.

Discuss this Anton Rupert biography with the community: