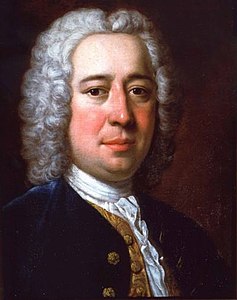 Who is Antonio Montagnana?

Antonio Montagnana was an Italian bass of the 18th-century who is best remembered for his association with the composer George Frideric Handel, whose operas Montagnana sang in.

Montagnana's first known appearance is in 1730 at Rome, and 1731 he sang at Turin in operatic works by Nicola Porpora, thought to be his teacher: Porpora also instructed the famous castrato Farinelli. During that same year he came to London to join Handel's opera company, where he created roles in Handel's Ezio - with words by the renowned librettist Metastasio - and Sosarme, and sang in revivals of Admeto, Giulio Cesare, Flavio, and Poro. During the following season he created the role of Zoroastro in Handel's Orlando and sang the roles of Polyphemus in Acis and Galatea and Haman in Esther in what was Handel's first season of oratorio: he also took part in revivals of Tolomeo and Alessandro. The part of Abner in Handel's Athalia was composed for his voice, as were the roles of the Chief Priest of Israel and Abinoam in Deborah. In 1733, however, he deserted Handel for his rival company, the Opera of the Nobility, possibly breaking a legal contract in order to do so. In this he imitated the actions of his fellow singers Senesino and Francesca Bertolli.

Discuss this Antonio Montagnana biography with the community: