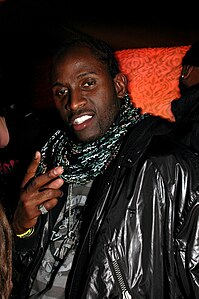 Who is Anwan Glover?

Ralph Anwan Glover is an American actor born & raised in Upper Northwest, Washington D.C.. He is renowned as an actor and musician. Gaining local fame as a teenager in 1992 as one of the founding members of the Backyard Band, a go-go band, he made his acting debut in late 2003, appearing as a 'D.C. Hitman' named Slim Charles in the HBO series The Wire. He has also appeared in music videos, such as Boyz n da Hood's "Dem Boyz" and Wale's "Chillin" among others the raspy-voiced DJ host a Nightly Radio show on 93.9 WKYS-FM radio in the Washington, D.C. metro area.

Anwan also starred in three episodes of the first season of the HBO series Treme, as a convicted killer named Keevon White.

He also speaks to youth in the DC area and has been accepted in the New York Film Academy.

On August 26, 2007, Glover's brother Tayon was shot and killed in the neighborhood of Columbia Heights. Anwan addressed the press along with D.C. Mayor Adrian Fenty, saying "We're tired of seeing the yellow [police] tape" and calling for an end to revenge shootings.

Glover stated in an interview that he has been shot thirteen times.

Discuss this Anwan Glover biography with the community: