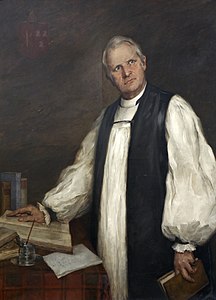 Who was Archibald Robertson?

The Right Reverend Archibald Robertson was the seventh Principal of King's College London who later served as Bishop of Exeter.

He was born in Sywell, and educated at Bradfield College and Trinity College, Oxford where he graduated with a first class degree in Classics. He went on to serve as Principal of King's College London from 1897 to 1903, and received an honorary doctorate from the University of Glasgow in June 1901.

His son, of the same name, was the communist and atheist Archibald Robertson.

Discuss this Archibald Robertson biography with the community: