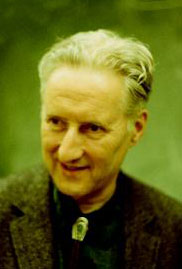 Who was Arnold Ross?

Arnold Ephraim Ross was a mathematician and educator who founded the Ross Mathematics Program, a number theory summer program for gifted high school students. He was born in Chicago, but spent his youth in Odessa, Ukraine, where he studied with Samuil Shatunovsky. Ross returned to Chicago and enrolled in University of Chicago graduate coursework under E. H. Moore, despite his lack of formal academic training. He received his Ph.D. and married his wife, Bee, in 1931.

Ross taught at several institutions including St. Louis University before becoming chair of University of Notre Dame's mathematics department in 1946. He started a teacher training program in mathematics that evolved into the Ross Mathematics Program in 1957 with the addition of high school students. The program moved with him to Ohio State University when he became their department chair in 1963. Though forced to retire in 1976, Ross ran the summer program until 2000. He had worked with over 2,000 students during more than forty summers.

The program is known as Ross's most significant work. Its attendees have since continued on to prominent research positions across the sciences.

Discuss this Arnold Ross biography with the community: