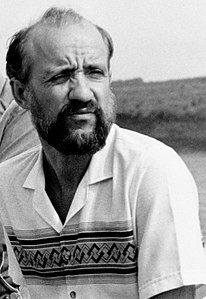 Who was Arthur Winfree?

Arthur Taylor Winfree was a theoretical biologist at the University of Arizona. He was born in St. Petersburg, Florida, United States.

Winfree was noted for his work on the mathematical modeling of biological phenomena: from cardiac arrhythmia and circadian rhythms to the self-organization of slime mold colonies and the Belousov–Zhabotinsky reaction. Winfree was a MacArthur Fellow from 1984 to 1989 and shared the 2000 Norbert Wiener Prize in Applied Mathematics with Alexandre Chorin.

He was the father of Erik Winfree, another MacArthur Fellow and currently a professor at the California Institute of Technology, and Rachael Winfree, currently an Assistant Professor in the Department of Entomology at Rutgers University.

Discuss this Arthur Winfree biography with the community: