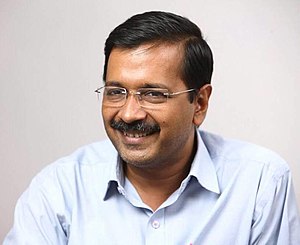 Who is Arvind Kejriwal?

Arvind Kejriwal is a former bureaucrat and politician who founded the Aam Aadmi Party. He served as the 7th Chief Minister of Delhi for a term of 49 days after taking oath on December 28, 2013. Kejriwal is a graduate of the Indian Institute of Technology Kharagpur. He worked for the Indian Revenue Service as a Joint Commissioner in the Income Tax Department. He is well known for his efforts to enact and implement the Right to Information Act at grassroots level and his role in drafting a proposed Jan Lokpal Bill.

Kejriwal won the Ramon Magsaysay Award for Emergent Leadership in 2006 for his contribution to the enactment of the Right to Information Act. In 2006, after resigning from the IRS, he donated his Magsaysay award money as a corpus fund to found an NGO, Public Cause Research Foundation. In 2012, he launched the Aam Aadmi Party, and he defeated Chief Minister Sheila Dikshit in her constituency in the 2013 Delhi Legislative Assembly election. Following the election, he took office as Chief Minister of Delhi on 28 December 2013, and resigned 49 days later, on 14 February 2014 when the Congress and the Bharatiya Janata Parties blocked anti-corruption legislation he had proposed.

Discuss this Arvind Kejriwal biography with the community: