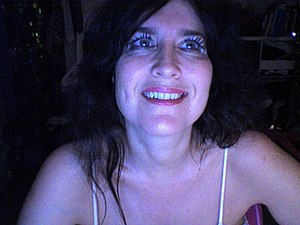 Who is Azalia Snail?

Azalia Snail is an American avant-garde singer-songwriter and musician. She is a multi-instrumentalist active in psych folk and indie rock, and played a prominent role in the 1990s lo-fi music scene She was later dubbed the "Queen of lo-fi".

Snail made eleven solo albums between 1990 and 2006 and won the Los Angeles LA Weekly Music Award for Best New-Genre/Uncategorizable Artist in 2000. She has also written film scores for several indie features and short films.

Discuss this Azalia Snail biography with the community: