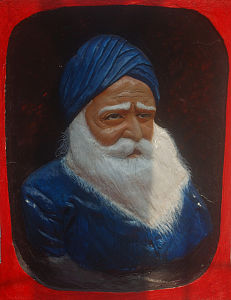 Who was Baba Gurdit Singh?

Baba Gurdit Singh was the central figure in the Komagata Maru incident of 1914, one of several incidents in the history of early 20th century involving exclusion laws in both Canada and the United States designed to keep out immigrants of only Asian origin.

Singh was born in 1860 at Sarhali, in Amritsar District Of British Punjab province. He chartered a Japanese ship, the Komagata Maru, in 1914 to go to Canada, reaching Vancouver on May 23, 1914. The government did not allow the ship to anchor. The ship was attacked by the police at night. The attack was repulsed by the passengers and it created a great stir among the Indians in Canada.

Discuss this Baba Gurdit Singh biography with the community: