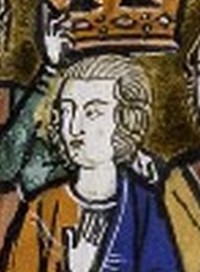 Who was Baldwin III of Jerusalem?

Baldwin III was king of Jerusalem from 1143 to 1162. He was the eldest son of Melisende and Fulk of Jerusalem. He became king while still a child, and was at first overshadowed by his mother Melisende, whom he eventually defeated in a civil war. During his reign Jerusalem became more closely allied with the Byzantine Empire, and the Second Crusade tried and failed to conquer Damascus. Baldwin captured the important Egyptian fortress of Ascalon, but also had to deal with the increasing power of Nur ad-Din in Syria. He died childless and was succeeded by his brother Amalric.

Discuss this Baldwin III of Jerusalem biography with the community: