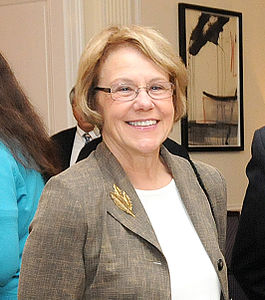 Who is Barbara A. Schaal?

Barbara Anna Schaal American scientist, evolutionary biologist, is a professor at Washington University in St. Louis and vice president of the National Academy of Sciences. She is the first woman to be elected vice president of the Academy. Since April 2009, Schaal has served on the President's Council of Advisors on Science and Technology.

Schaal is best known for her work on the genetics of plant species. She is known particularly well for her studies that use molecular genetic data to understand evolutionary processes such as gene flow, geographical differentiation, and the domestication of crop species.

Discuss this Barbara A. Schaal biography with the community: