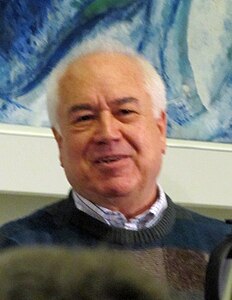 Who is Bassam Tibi?

Bassam Tibi, born 1944 in Damascus, lives in Germany since 1962 and, since 1976, he is a German citizen. He is a political scientist and Professor of International Relations. In academia, he is known for his analysis of international relations and the introduction of Islam to the study of international conflict and of civilization. Tibi is perhaps best known for introducing the controversial concept of European Leitkultur as well as the concept of Euroislam for the integration of Muslim immigrants in Europe. He is also the founder of Islamology as a social-scientific study of Islam and conflict in post-bipolar politics. Tibi has done research in Asian and African countries. He publishes in English, German and Arabic.

Discuss this Bassam Tibi biography with the community: