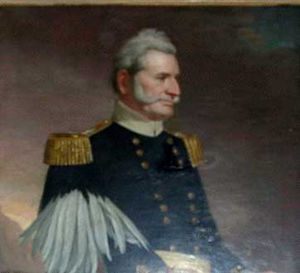 Who was Bennett C. Riley?

Bennet C. Riley was the seventh and last military governor of the territory of California before it became a U.S. state. He also served as a general in the United States Army during the Mexican-American War.

Discuss this Bennett C. Riley biography with the community: