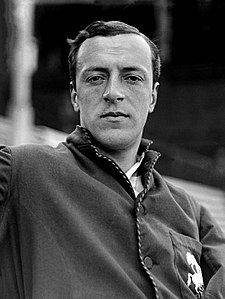 Who was Bernard Bosanquet?

Bernard James Tindal Bosanquet was an English cricketer best known for inventing the googly, a delivery designed to deceive the batsman. When bowled, it appears to be a leg break, but after pitching the ball turns in the opposite direction to that which is expected, behaving as an off break instead. Bosanquet, who played first-class cricket for Middlesex between 1898 and 1919, appeared in seven Test matches for England as an all-rounder. He was chosen as a Wisden Cricketer of the Year in 1905.

Bosanquet played cricket for Eton College from 1891 to 1896, before gaining his Blue at Oriel College, Oxford. He was a moderately successful batsman who bowled at fast-medium pace for Oxford University between 1898 and 1900. As a student, he made several appearances for Middlesex and achieved a regular place in the county side as an amateur. While playing a tabletop game, Bosanquet devised a new technique for delivering a ball, later named the "googly", which he practised during his time at Oxford.

Discuss this Bernard Bosanquet biography with the community: