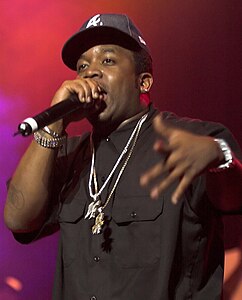 Who is Big Boi?

Antwan André Patton, better known by his stage name Big Boi, is an American rapper, songwriter, record producer and actor, best known for being a member of American hip hop duo OutKast alongside André 3000. His work in the duo has produced six studio albums. During the duo's hiatus, he and André 3000 each announced plans to release a solo album. Big Boi's solo debut Sir Lucious Left Foot: The Son of Chico Dusty was released in July 2010 to respectable sales and critical acclaim.

Discuss this Big Boi biography with the community: