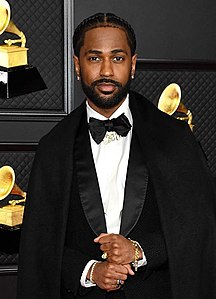 Who is Big Sean?

Sean Michael Anderson, better known by his stage name Big Sean, is an American hip hop recording artist from Detroit, Michigan. Big Sean signed with Kanye West's GOOD Music in 2007, and then in 2008 signed with Def Jam Recordings. After releasing a number of mixtapes, Sean released his debut album Finally Famous in 2011. He released his second studio album Hall of Fame on August 27, 2013.

Discuss this Big Sean biography with the community: