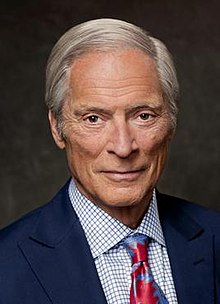 Who is Bob Simon?

From 1964 to 1967, Simon served as an American Foreign Service officer and was a Fulbright Scholar in France and a Woodrow Wilson scholar. From 1969 to 1971, he served a tour in the CBS News London bureau. From 1971 to 1977, he was based in the London and Saigon bureaus, where he served as a Vietnam War correspondent. From 1977 to 1981, he was assigned to the CBS News Tel Aviv bureau.

During the opening days of the Gulf War in January 1991, Simon and his CBS News team were captured by Iraqi forces and spent 40 days in Iraqi prisons; he later chronicled the experience in the book Forty Days.

In 1996, Simon joined 60 Minutes as a correspondent, and in 1998, he was named a 60 Minutes II correspondent. Notable stories he has done in recent years include the first profile of the so-called Lost Boys of Sudan and an exclusive interview with Iraqi Shiite insurgency leader Muqtada al-Sadr. He currently serves as the senior foreign correspondent on 60 Minutes.

Discuss this Bob Simon biography with the community: