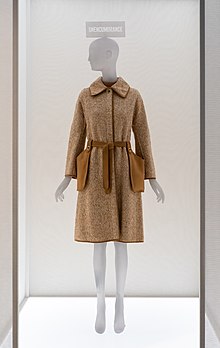 Who was Bonnie Cashin?

Bonnie Cashin is considered one of the most significant pioneers of designer ready-to-wear, more commonly called sportswear, in America. Among the most critically acclaimed and commercially successful designers of the 20th century, Cashin was revered for her intellectual, artistic, and independent approach to fashion. Treating clothing as collage or kinetic art, she sculpted designs from luxurious organic materials including leather and mohair, both of which she first championed as appropriate for high-end fashion, as well as tweed, cashmere, and wool jersey. She initiated the use of industrial hardware on clothing and accessories, most famously with the brass toggle that she incorporated into her handbag designs for Coach, the company for which she launched a women accessories division in 1962. Favoring timeless shapes from the history of world clothing, her staple silhouettes included ponchos, tunics, Noh coats and kimonos, all of which allowed for ease of movement and manufacture. Cashin is also credited with introducing the concept of layering to fashion.

Discuss this Bonnie Cashin biography with the community: