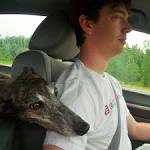 Who is Brad Shapiro?

In the late 1950s he played bass guitar in a local band, the Redcoats, in Miami, Florida, whose singer was Steve Alaimo. After Alaimo launched a solo career, the band split up, but Shapiro remained involved in the music business and received his first songwriting credit in 1965 on "I Can't See Him Again" by the Twans, co-written with Henry Stone. In 1967, his song "Girl I Got News For You", co-written with Bobby Puccetti and co-produced by Shapiro and Alaimo, was recorded by Benny Latimore, and over the next few years his songs were recorded by Betty Wright, Clarence Reid, and others.

In 1970 he and Dave Crawford began working together at Atlantic Records and co-produced the debut album by The J. Geils Band. The following year he and Crawford co-produced Wilson Pickett's "Don't Knock My Love", which Shapiro co-wrote with the singer. The record reached no.1 on the R&B chart. Shapiro continued to work with Pickett, as well as with Johnny Adams, Joe Simon, Bettye Lavette and others, before co-producing and co-writing several tracks on Millie Jackson's albums Caught Up and Still Caught Up.

Discuss this Brad Shapiro biography with the community: