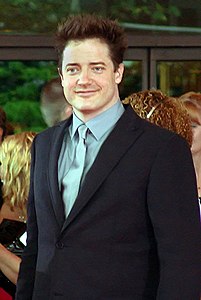 Who is Brendan Fraser?

Brendan James Fraser is a Canadian American actor. He portrayed Rick O'Connell in the three-part Mummy film series and is known for his comedic and fantasy film leading roles in major Hollywood films, such as Encino Man, The Scout, George of the Jungle, Looney Tunes: Back in Action, Journey to the Center of the Earth and Inkheart. He also starred in numerous dramatic roles, such as Gods and Monsters, The Quiet American, Crash and Gimme Shelter.

Discuss this Brendan Fraser biography with the community: