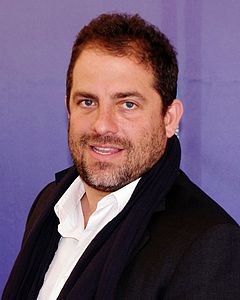 Who is Brett Ratner?

Brett Ratner is an American film director, film producer, and music video director. He is known for directing the Rush Hour film series, The Family Man, Red Dragon, X-Men: The Last Stand, and Tower Heist. He was also a producer on the Fox drama series, Prison Break.

Discuss this Brett Ratner biography with the community: