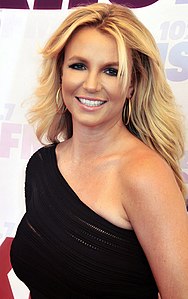 Who is Britney Spears?

In 2007, Spears's much-publicized personal struggles sent her career into hiatus. Her fifth record, Blackout, was released later that year, and spawned hits "Gimme More" and "Piece of Me". Her erratic behavior and hospitalizations continued through the following year, at which point she was placed under a still on-going conservatorship. Spears's sixth album, Circus, included global chart-topping lead single "Womanizer". Its supporting tour The Circus Starring Britney Spears was the highest-grossing global concert tour in 2009. Later that October, "3" became Spears's third single to reach number one on the Billboard Hot 100. Her seventh album, Femme Fatale, became her first to yield three top-ten singles in the United States: "Hold It Against Me", "Till the World Ends" and "I Wanna Go". She also served as a judge during the second season of the American version of The X Factor. Spears's eighth studio album Britney Jean was released in 2013; it made little commercial impact and became the lowest-selling record of her career. Later that year, Spears began the two-year residency show Britney: Piece of Me at The AXIS at Planet Hollywood Resort & Casino in Las Vegas.

Discuss this Britney Spears biography with the community: