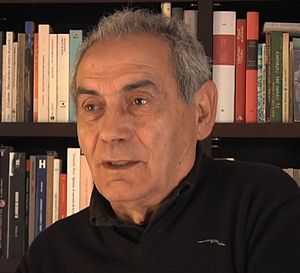 Who is Camilo Nogueira Román?

Nogueira finished his studies in Industrial Engineering and then graduated in economics. We worked as an engineer for Citroën in Vigo between 1964 and 1972. After that he became the "Projects and Development Director" of the Society for the Industrial Development of Galicia between 1973 and 1987. Yet, Nogueira has always been actively involved in politics.

At present he is member of the municipal council of his natal city of Vigo and Deputy in the Galician Parliament representing the BNG.

Discuss this Camilo Nogueira Román biography with the community: