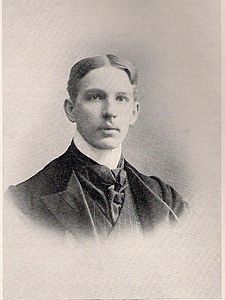 De Nerée began drawing and writing in 1898. De Nerée's literary writing and art work was very much inspired by decadent and symbolist authors such as Charles Baudelaire, Paul Verlaine or Gabriele d'Annunzio, and artists as De Feure, Goya, Johan Thorn Prikker, and Jan Toorop. He more and more focused on his art. Only posthumously, in 1916, two poems were publiced in a French periodical.

In 1901, the Nerée worked in Madrid for Foreign Affairs He caught TBC, a disease that would determine his further life. In Madrid De Nerée was visited by his friend Henri van Booven, the future biographer of Louis Couperus, who later gave a thinly veiled report of this visit in his novel Een liefde in Spanje. De Nerée also inspired Van Booven to write his volume of poems Witte Nachten and the novel Tropenwee, the latter being a Conrad-like report of his traumatic visit to the Belgian Congo. In his turn Van Booven gave De Nerée The Early Work by Aubrey Beardsley. This was obviously great influence on De Nerée's style of drawing. Later, around 1904-1905, he developed his own unique style. The themes, usually 'femmes fatales' or clownesque figures, gold nuances and symbolism of these works often recall associations with the best wor He is one of the few 'decadent' Dutch representatives of the European symbolist symbolist movement. During his life he did not exhibit; he was a well-known society figure but few knew his art work which he mostly kept to himself. Only after his death was his work exhibited. He did sell some work during his life though. Due to his poor health, drawing and painting became ever more difficult after 1906-1907. The little known works from his later period are characterized by their colors and sometimes almost modernist compositions. He died on October 19, 1909, 29 years of age, in the southern German town of Todtmoos. He was buried in Clarens, near Montreux.