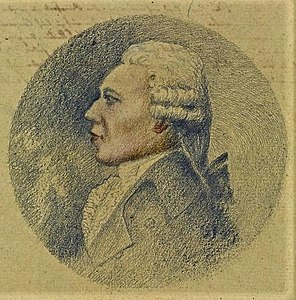 Who was Carl Stamitz?

Carl Philipp Stamitz, who changed his given name from Karl, was a German composer of partial Czech ancestry. He was the most prominent representative of the second generation of the Mannheim School.

He was the eldest son of Johann Stamitz, a violinist and composer of the pre-classical area. Born in Mannheim, he received lessons from his father and Christian Cannabich, his father's successor as leader of the Mannheim orchestra.

As a youth, Stamitz was employed as a violinist in the court orchestra at Mannheim. In 1770, he began travelling as a virtuoso, accepting short-term engagements, but never managing to gain a permanent position. He visited a number of European cities, living for a time in Strasbourg and London. In 1794, he gave up travelling and moved with his family to Jena in central Germany, but his circumstances deteriorated and he descended into debt and poverty, dying in 1801. Papers on alchemy were found after his death.

Discuss this Carl Stamitz biography with the community: