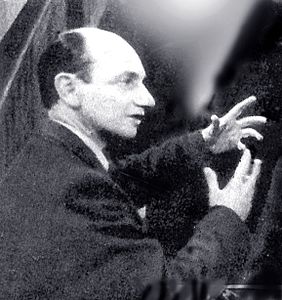 Who was Carlo Ludovico Bragaglia?

Carlo Ludovico Bragaglia was an Italian film director whose career spanned from the 1930s to the mid-1960s. He mainly directed adventure pictures and popular comedies, including some starring Totò. His 1942 film Non ti pago! was shown as part of a retrospective on Italian comedy at the 67th Venice International Film Festival.

Discuss this Carlo Ludovico Bragaglia biography with the community: