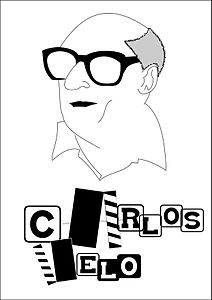 Who was Carlos Velo?

Carlos Velo was a Spanish film director. He directed 45 films between 1934 and 1983. His 1956 film Torero was nominated for an Academy Award for Best Documentary Feature.

He was born in Cartelle, Spain and died in Mexico City, Mexico.

Discuss this Carlos Velo biography with the community: