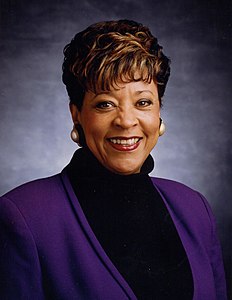 Who is Carole Ward Allen?

Carole Ward Allen is an African-American politician, professor, scholar, artist, businesswoman, political consultant, transportation leader, community organizer, member of the Democratic Party and was an elected member of the Bay Area Rapid Transit District Board of Directors. She represented District 4, where she served three terms. Ward Allen became the first African American to serve as president of the California Commission on the Status of Women in 1983. In 1990, she made history again as an Oakland Port Commissioner who was elected among her colleagues to serve as president, making her the first woman to do so, and the longest African-American woman to achieve such stride with two terms. Almost a decade later, December 15, 2005, BART Director Ward Allen attained another major milestone as a woman in politics when she was elected among her colleagues on the BART Board of Directors to serve as its president and Lynette Sweet as its vice president, which made BART the first major transportation agency to be led by two African-American women in American history.

Discuss this Carole Ward Allen biography with the community: