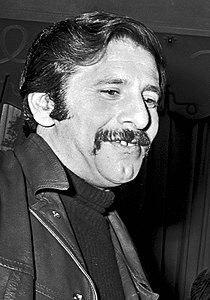 Who is Chaim Topol?

Chaim Topol, often billed simply as Topol, is an Israeli theatrical and film performer, singer, actor, writer and producer. He has been nominated for an Oscar and a Tony Award, and has won two Golden Globes.

Discuss this Chaim Topol biography with the community: