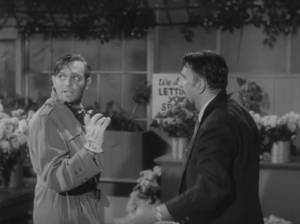 Who was Charles B. Griffith?

Charles Byron Griffith was a Chicago-born screenwriter, actor and film director, son of Donna Dameral, radio star of Myrt and Marge. along with Charles' grandmother, Myrtle Vail, and was best known for writing Roger Corman productions such as A Bucket of Blood, The Little Shop of Horrors, and Death Race 2000.

He was credited with 29 movies, but is known to have written many more. He had also directed at least six films, acted in six films, was second unit director in six films, produced three films and was production manager of two films.

With a career spanning decades, he is often cited as the father of American black comedy.

During the late fifties and early sixties, Griffith created both redneck classics such as Eat My Dust and black comedies such as A Bucket of Blood and The Little Shop of Horrors. He had a small role in It Conquered the World, which he also wrote, as Dr. Pete Shelton.

Quentin Tarantino dedicated his film Deathproof to Griffith, whom he referred to as one of his main influences and called "the father of redneck cinema".

Discuss this Charles B. Griffith biography with the community: